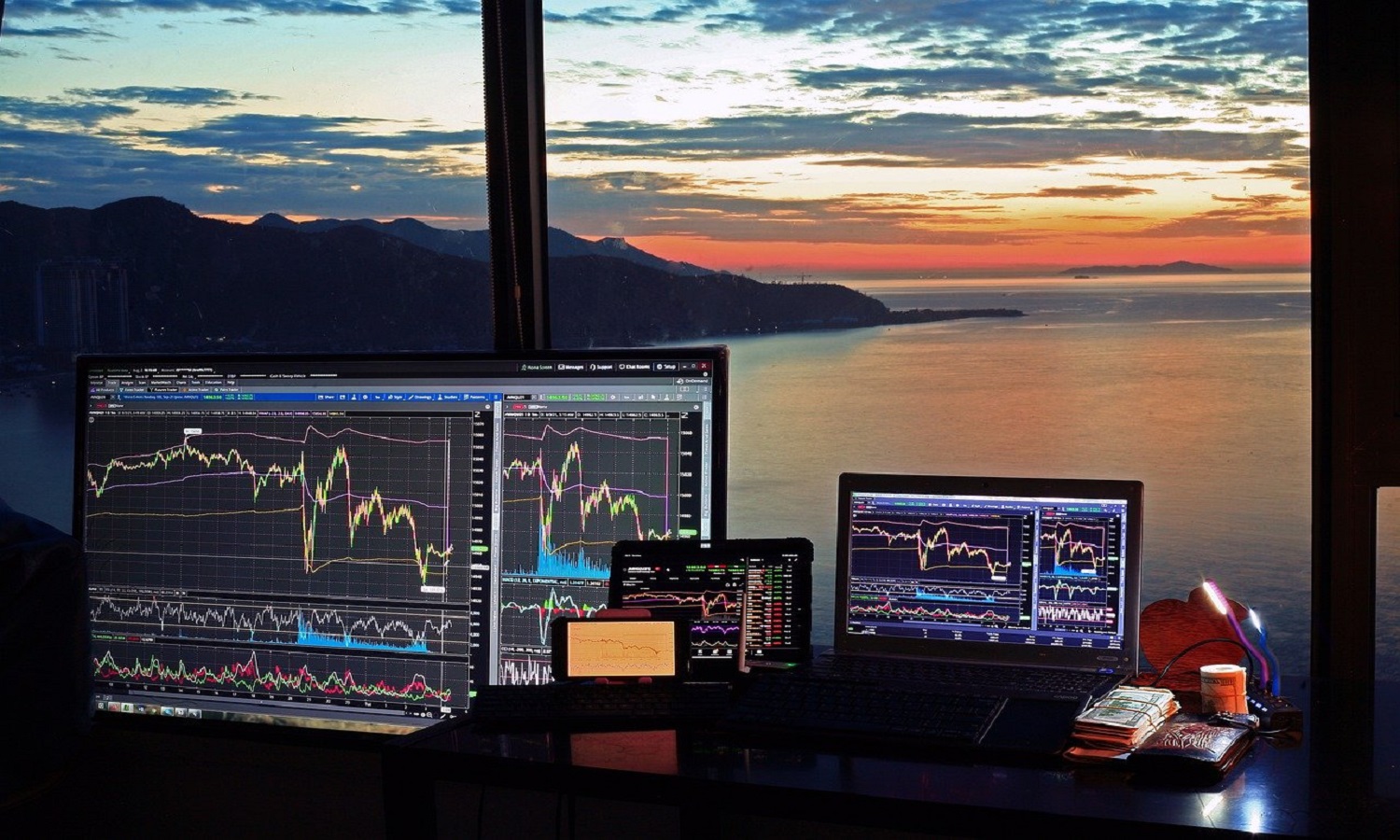 EL Salvador engraved its name in the history books by becoming the only country to recognize it as a legal tender. Now, taking one step further, President Nayib Bukele announced that “the country is all set to build an entire city based on the largest cryptocurrency- Bitcoin.” Believing, it is not just a mere idea, it is the evolution of mankind. This news spread like a forest fire, making many wonder what does it mean or how is it going to affect the market value of cryptocurrency? Not to mention, they want to get a detailed view of how will this city look like? So, let’s dig further to find all the information…

What is the bitcoin city?

No, El Salvador is not using any fancy terms to make Bitcoin look important. It already is. And whether many believe it or not building an entire city based on cryptocurrency is entirely relevant and physical, just like any other city on the planet. The only difference is that the city will be backed by bitcoin- a future currency. However, associating cryptocurrency in terms of capitalism can be overwhelming in the beginning. And if you don’t know how cryptocurrencies work then, it can be challenging to wrap your head around all of this.

According to the plan of President Bukele- the city will be built at the base of a volcano in the region of, Le Union located southeast of El Salvador. The architectural plan is to make the city circular to represent a giant coin- as the city will be funded by bitcoin. Cloudbet, the Internet first bitcoin casino created this infographic detailing what it thinks the city would visually look like. 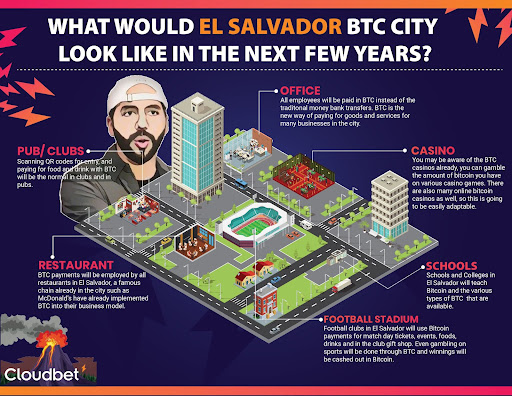 Although the first brick hasn’t been laid yet the overall plan is to do some development of:

To encourage the investors and people to move into the city, there will be no taxes and the only tax applicable to citizens will be value-added tax (VAT).

How this idea will help El Salvador?

President Nayib Bukele believes, building a city completely based on bitcoin could help the nation in more than one way. Firstly, bitcoin mining will be the foundation of the city to serve all the mint needed to keep the bitcoin flowing in. Secondly, new opportunities to utilize and spent cryptocurrencies, including building and nurturing product and service industries that are geared to accept cryptocurrency payments.

This will attract all sorts of bitcoin investors and businesses- the city of El Salvador will be portrayed as the bitcoin paradise, bringing more opportunities and money into the country.

Finally, this city will open doors to more tourism and businesses that will create new jobs for the people of the country. Even the initial investment into this project will give a massive boost to this struggling country.

What are the risks?

Although everything about bitcoin city is so hyped up, people should know about the riskier side of the story. As experts suggest, bitcoin is a volatile currency, and considering the fluctuation, it seems like El Salvador is putting all the eggs in one basket. If the price of bitcoin falls down, the country is set to suffer through the greatest financial loss.

Moreover, if they successfully pulled out a huge city running on bitcoin with all the value touching the sky then, it could become one of the richest countries in Central America.

In the end, only time will tell how El Salvador’s “Bitcoin City” will look like or function but if the country did all things President claimed then, it will be an impressive sight to witness. For now, we can invest in Bitcoin and only hope for the best.

SMS Marketing in Jaipur: How Does It Work?